WEARING A MASK FOR A DIFFERENT REASON...


Helping my son Philip paint one of his projects.  Lego projects were a lot easier... 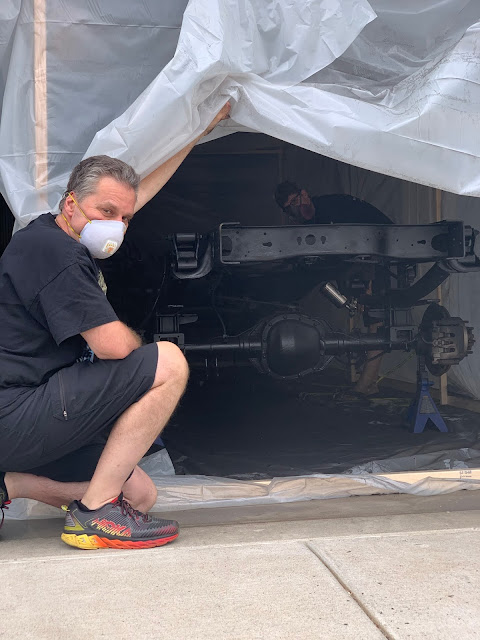 I believe it is important for parents to encourage the interests of their children.  When I was a teen, my parents allowed me to dismantle a car engine in their living room...that's encouragement!  For a month, the engine was in pieces on newspaper laid on the living room floor while I rebuilt it.  I was blessed with wonderful parents who loved to spend time with us.

My father was born in Puerto Rico, and immigrated to the United States at age 19.  At the time, Spanish was his native language.  He was met at Ellis Island by an uncle who took him to a baseball game his first day in New York where he saw Babe Ruth hit a home run!  My father worked hard to learn the English language, and assimilate to the American way of life.

Eventually, my dad made his way to Michigan, where he heard a man named Henry Ford was hiring workers for the Ford Motor Company.  My dad stood in a line with many others, hoping Henry Ford would pick him for a job.  One day, Henry Ford chose my dad and he spent 42 years working for Ford Motor Company! He sang with the Ford Choir and was flown back to New York with the choir to sing for the Ed Sullivan Show!

My dad was a Pitcher for the Ford Slow-Pitch softball team and his love for baseball continued to the end.  He loved America and believed in the "American Dream."  My dad taught me I could accomplish any goal with hard work and discipline.  He especially encouraged me to follow my dream of becoming a Dentist; something I decided in 7th Grade!

My mother attended the University of Michigan and became a registered nurse- Go Blue!  She met my father at the Grande Ballroom in Detroit.  Apparently, this was the place to meet and be seen at the time...

My father loved to dance (the Spanish in him) and my mother was a reserved Swede raised to believe dancing was immoral.  Opposites do attract and the rest as they say, "Is history."

In November of 1954 a cold Swede and a hot Latin married and I was welcomed the following August.  My mother was age 40 when I was born and my father was age 47.  Their dream of a family  and their new world together revolved around raising me and my younger brother.

Regardless of events happening in the United States of America today; I still believe in the "American Dream," just as my father who traveled as a young man to an unknown place in search of a better life than the island life he knew.  My Swedish grandparents too, traveled from a far-away island to new world in search of a better life for the family they would welcome.

My parents and grandparents dedicated their lives to raising children in a country they believed would provide a better future than the homeland they left.  My parents never abandoned their heritage- I grew up learning about both islands.  My dad used to eat raw sugarcane and lost all of his teeth because of this.  My mother lamented her "Swedish Pancakes" were never as tasty as my grandmother's.  I thought they were delicious and her homemade strawberry jam made them perfect!

Although my parents were proud of their Swedish and Spanish heritages; they were more proud to be living as Americans in the land of the free and the home of the brave.  Later in life, the tempest of illness forced my parents to lose their independence and personal freedom as their ships came in for mooring.

Parenting is a lot like piloting a boat, which is making a journey across an ocean.  Parents like to plan for smooth sailing, not turbulent seas.  The uncertainty of school this Fall due to Covid19 is a storm of ebbs and flows requiring a constant change of course while attempting to identify navigational points.

Our son Philip is a 2020 college graduate, which makes me very proud and relieved.  In our home, we believe parents are the primary educators of their children.  Some years, Philip attended school in person.  Other years, Philip home-schooled.  As a sophomore in high school, Philip did on-line schooling.

As parents, we have to identify the navigational points, which allow the home ship to remain steady regardless of the raging storm.

"History is more or less bunk."

"There is no man living who isn't capable of doing more than he thinks he can do."

"Most people spend more time and energy going around problems than in trying to solve them."

"It doesn't matter to me if the man is from Harvard or Sing Sing.  We hire the man, not his history."

"What's right about America is that although we have a mess of problems, we have great capacity - intellect and resources- to do some thing about them."

"Obstacles are those frightful things you see when you take your eyes off your goal."

"I believe God is managing affairs and that He doesn't need any advice from me.  With God  in charge, I believe everything will work out for the best in the end.  So what is there to worry about." 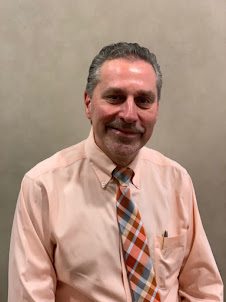